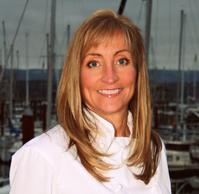 Captain and the Chef 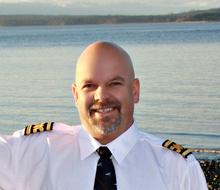 Safety Marine And Response Training in BC

SMARTBC.ca            A Division of Captain and the Chef Marine Services Inc.

Chris began his love of the water by learning to swim when he was 3 and started sailing lessons when he was 8 years old at the Tsawwassen Yacht Club.  Chris excelled at sailing and was un-matched during his dinghy sailing years even besting an Olympic hopeful from team Canada when he was 13. During his teen years;  Chris’s family built a 40’ sailboat in a yard in Richmond with the express desire to cruise the world.  After graduating from High school Chris began his Commercial Marine career by starting out as a deckhand on a Commercial Seine Fishing boat. He was quickly promoted to 1st mate and Engineer and continued this for a number of years.  Chris continued his passion for sailing by participating in Racing groups around the Lower mainland and also sailing the family sailboat many weekends of the year and summer.  During off seasons Chris began taking courses at the BCIT Pacific Marine Training Institute in North Vancouver;  becoming a deckhand with Seaspan.  After a recession and lay offs in the industry, he left the Tugboat industry to pursue being a Captain on a 68’ Whale watching vessel and ran this vessel for a few years.  Chris has shown a passion for marine Safety Training and this was noticed by the owner of a Marine Training school where Chris quickly became the Senior Instructor.  This also got the attention of Canadian Coast Guard Auxiliary Pacific and he was hired as their Safety Management Officer/ Pacific Region Trainer.  Chris worked for CCGA-P in association with CCG to institute an SMS system and increase the level of safety and training certification through-out the Pacific Region.  In 2011 Chris became a contract trainer for RCM-SAR, CCGA, RCMP and currently has contracts in place working with Excel Career College in Courtenay as their  Marine Program Co-ordinator and Lead Instructor as well as Senior Instructor with QuickNav Marine Training School in Vancouver.  Chris has also found time to operate a 100’ Luxury Yacht as the Captain and Chef Team with Tina, during the summer months from Southern BC all the way to Alaska as well as perform Yacht Deliveries up and down the Pacific coast. Chris is also the author of several course syllabuses for SVOP and MED A-3; he is also writing 2 other course syllabuses and one non-fictional account about working in the Marine sector. Chris has also been involved as a volunteer Coxswain for RCM-SAR Station 60 when he has time. Chris is a strong and loyal supporter of the mission of RCM-SAR and makes himself available to assist in their training Program whenever possible; even travelling in Northern BC to remote communities to help establish SAR Stations as well as Crew training and Certification. During one of his Northern trips to the First Nations communities of Gitxaala, Lax Kwa'laams, and Gingolx he was given the name of “Naa Guk”; which translates into his memorable persona as the “Bald One”.

Office Staff / Administration Tina
Tina also shares the love of the water and her dream to cruise the ocean and see the world aboard a boat. Since living on a houseboat for 4 years on the Shuswap Tina knew in her heart, that one day she would live on the ocean. After moving to Vancouver Island; Tina joined RCM-SAR in 2006 in Comox on Vancouver Island.  Tina believes in the importance of volunteering in your community and also wanted to expand her boating skills and confidence on navigating on the ocean.  After experiencing a sailboat charter around the Whitsunday Islands off the Coast of Queensland, Australia in 2009, Tina knew her destiny was to work on the water.  Food and cooking for friends and family has always been a big part of Tina’s life as well.   After graduating from Culinary Arts Professional Cook 2 Tina worked as an Apprentice for The Atlas Cafe in Courtenay, BC and it is there that Tina learned the importance of using the freshest ingredients and the fun in presentation.  Since then Tina’s passion is about experimenting with many ethnic cuisines to create her own fusion recipes and she continues to work towards becoming a Red Seal Chef.  Being the owner of RVing With Ease RV Rentals Ltd,  a full service RV rental company on Vancouver Island as well as other business  ventures along the way, Tina is very well aware of the importance of customer service and loves the challenge of turning new guests into repeat guests and friends.  Tina has her MED-A3, SVOP, VHF, Marine Basic First Aid and is a Certified PADI Open Water Diver.  Although born and raised in Alberta, Tina’s home has been in British Columbia for over 20 years.

Rving with Ease
View on Mobile